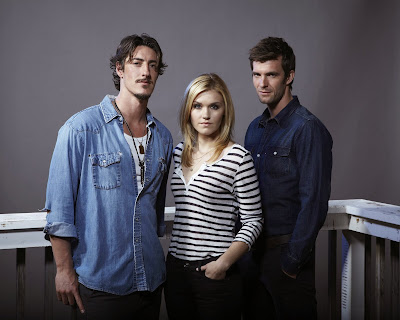 November is hear and as we get closer to the end of the year, we still have tons of awesome shows and specials premiering. This month we have the new science fiction series Almost Human starring Karl Urban and Micheal Ealy as reluctant cop partners in a human and robot filled world. We also have a few specials in store including the big 50th Anniversary of Doctor Who special as well as Face Off's Judges' Favourites Special which looks like so much fun. In the non-fiction realm we have the Haunted Highway return for it's second season. Last but certainly not least, two of our favourite shows are returning for their fourth seasons: Haven and Lost Girl.

For the Spoiler-Sensitive: several of the returning series have *season* descriptions, so read with caution if you don't want to know where the shows are going this year.

Season 4 Description: "Season 4 of Haven picks up six months after the devastating season three finale when the town was pummeled by a violent meteor storm, that saw Audrey (Emily Rose) and Duke (Eric Balfour) vanish into thin air, and an injured Nathan (Lucas Bryant) left marooned in Haven. Joining the cast is Colin Ferguson (Eureka) as William, a handsome stranger with a secret agenda"

See more about Haven at Showcase.ca

Season 4 Description: "Season four of Lost Girl sees fate cast a wide shadow over the Fae world. With Bo's (Anna Silk) return, the lines between Dark and Light fae are blurred causing Bo to venture on a journey of discovery. Bo and company will ultimately realize that regardless of the challenges and enemies they face, they're stronger when they face them together."

Remember to also check out the Lost Girl Webisodes that bridge Season 3 and 4, and watch the Season 4 pre-show special Sunday November 10, 2013 at 9pm ET/PT before the series premiere.  If you need to catch up on the show, check out my Lost Girl Spoiler-Free Episode List. 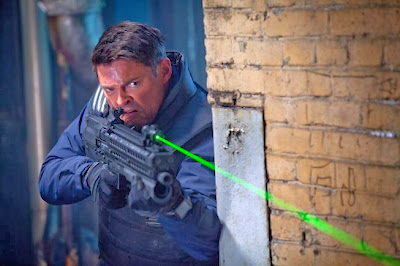 Series Description: "In this action-adventure series from executive producers J.J. Abrams (Lost) and J.H. Wyman (Fringe) set in 2048, a cop teams up with a second-hand synthetic android to fight a strain of urban crime that has evolved in even more frightening ways. Detective John Kennex (Karl Urban, The Bourne Supremacy) survived a catastrophic attack on the city's police department that cost him his friends, one of his limbs and his reputation. When he returns a year later, he finds the transition difficult. Not only does one of the surviving detectives, Richard Paul (Michael Irby, Flight Plan) blame him for the lethal ambush, but department policy now requires that every cop be paired with a highly-evolved human-like android partner. Instead, Kennex works with lab technician Rudy Lom (MacKenzie Crook, Game of Thrones) to reinstate an outdated Dorian android (Michael Ealy, The Good Wife) whose somewhat dysfunctional platform is based on a "Synthetic Soul" program, allowing it to have emotional responses. Together, the two set out to keep the city safe and uncover the criminal conspiracy that threatens to destroy their world."

Description: "FACE OFF judges Glenn Hetrick, Ve Neill, and Neville Page take a look back at the best contestant creations from all five seasons of the series. In addition to ranking the top twenty best make-ups, they will call out some of the funniest, most surprising, and impressively ambitious designs the show has ever seen."

See more about Face Off at Space.ca

The Day of the Doctor
Doctor Who 50th Anniversary Special
Saturday November 23, 2013 at 2:50PM ET on Space

Description: "The highly-anticipated, one-hour special will broadcast simultaneously to millions of viewers worldwide. In addition to the current Doctor (Matt Smith) and his companion Clara (Jenna Coleman), The Day of the Doctor features the Tenth Doctor (David Tennant) as well as Billie Piper who reprises her role as Rose, and John Hurt who returns as an ominous figure in the Doctor’s timeline."

The Day of the Doctor will also screen in 3D in Theatres on Saturday November 23, 2013 and again on Monday November 25, 2013. For ticket information, chick here.

See more about The Day of the Doctor at Space.ca 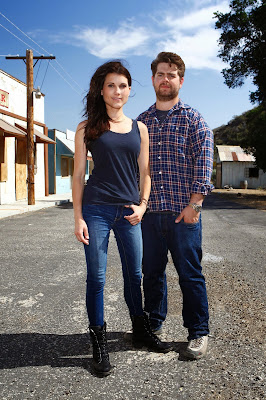 See more about Haunted Highway at Space.ca and SyFy.com