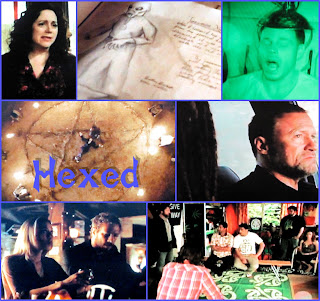 I'm so excited after waiting and waiting and waiting we will finally get to see the series premiere of Orphan Black, a science fiction series with a mysterious (and possibly conspiracy) edge which begins airing this Saturday March 30, 2013 on Space. It's a shoe-in by a landslide for this weeks Paranormal Pick of the Week.

We've been keeping tabs on Orphan Black since the series since it was first announced in fall 2012, as it has a fascinating premise and awesome casting made it a perfect selection to chat about there at Hexed.; Here is the scoop on the show from a media release:

"What happens when one day you realize you’re not alone, and there are  people out there who look just like you? SPACE announced today that its  highly anticipated new Original Series ORPHAN BLACK will premiere  Saturday, March 30 at 9 p.m. ET, following the return of SPACE’s #1  series, and fan favourite, DOCTOR WHO at 8 p.m. ET. Produced by Temple  Street Productions for SPACE and BBC America, the gripping new 10  episode drama ORPHAN BLACK stars Tatiana Maslany (Cas & Dylan,  Picture Day) in the lead role of Sarah, an outsider and orphan whose  life changes dramatically after witnessing the suicide of a woman who  looks just like her. Sarah assumes the dead woman’s identity, her  boyfriend, and her bank account. But instead of solving all her  problems, the street smart chameleon is thrust headlong into a  kaleidoscopic mystery. Sarah makes the dizzying discovery that she and  Beth, the dead woman, are clones…but are they the only ones? Sarah  quickly finds herself caught in the middle of a deadly conspiracy,  racing to find answers."

Above: The Cast of Revolution 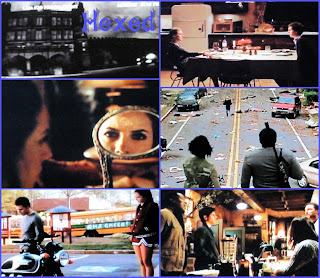 Podcast Powered By Podbean
Time Coding Hexed: Sisterhood of the Supernatural  Subscribe to Hexed:  The Fine Print (spoiler notations)
Posted by Shannon at 3:46 PM No comments:

We still don't know how paranormal Bates Motel (or if it even will be...), but the eerie feel and great casting makes this Psycho prequel series is enough bait to hook us as the Paranormal Pick of the Week:

Here is the series premise: After the death of her husband, Norma Bates buys a motel in the picturesque coastal town of White Pine Bay, giving herself and teenage son Norman a chance to begin anew. Shy Norman is reluctant at first, but with the help of his mother -- with whom he shares an intensely close relationship -- the boy begins to open up to others and make new friends. Some locals, however, aren't as friendly and welcoming to the Bates, who discover that because White Pine Bay isn't as peaceful as it appears, they are forced to do whatever it takes to survive."

Image: Freddie Highmore and Vera Farmiga in Bates Motel
Posted by Shannon at 7:00 AM No comments:

Labels: A and E, Bates Motel, Paranormal Pick of the Week, Show Premieres 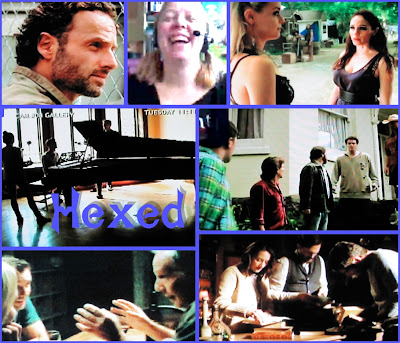 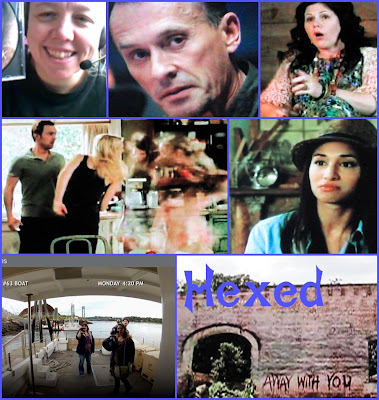 Posted by Shannon at 6:51 PM No comments:

That's right folks, it's time to share when the science fiction Vancouver-set (future and present!) series Continuum is coming back for Season 2: Sunday April 21, 2013 (9pm ET/PT) on Showcase.

It was just recently announced from Rachel Nichols herself in a video (see below) the start date of Continuum is just month when we will start the journey through the 13-episodes of Season 2.

Here is more about Continuum and the Season 2 Premiere: "Debuting to over 1 million viewers (2+)*, the first season of the critically acclaimed series saw Kiera Cameron (Nichols) searching for convicted terrorists from the future, known as Liber8, with the help of Vancouver detective, Carlos Fonnegra (Victor Webster; Castle). With unexpected assistance from teen tech genius Alec Sadler (Erik Knudsen; Scream 4), Kiera desperately tried to bring down the terrorists before they changed the course of history forever in the explosive finale.

In search for answers, the highly anticipated sophomore season continues Kiera’s uneasy alliance with Detective Carlos Fonnegra, and sees her grapple with the big question that closed the first season – why was she sent there? While Alec struggles to understand the implications of the mysterious message he received from his future self, the Liber8 terrorists become more strategic and even more lethal as they seek to ward off what they see as the seeds of a disastrous future.

I'm really looking forward to the return of Continuum and Suzie & I really enjoyed season 1 when it aired last summer, and we podcasted through it's entire season. If you need to catch up on Season 1 you can watch all 10 episodes over at the shows website Continuumtheseries.com and at Showcase.ca, and as of March 26, 2013 Continuum will be released on DVD and BluRay.

Over the weekend the inaugural Canadian Screen Awards were presented over three days ending off with a 2-hour broadcast on Sunday March 3, 2013. The are the new combination awards previously known separately as the Genies (for Canadian film) and Gemini's (for Canadian TV) awarded by The Academy of Canadian Cinema & Television to recognize excellence in film, television and digital media productions and now are done all together.

We shared the nominations back in January and several of the shows we talk about at Hexed were nominated. Now the tallying has come in and the awards have been shared several of our shows have come out on top: Being Human (North American) won in the make up category, Continuum picked up visual effects award and Todd and the Book of Pure Evil won awards for both best sound and achievement in casting.

Here are the big deets on our shows that won:

Todd and the Book of Pure Evil

Congratulations to all the winners!

Image from Being Human: Season 2 Episode 9 When I Think About You I Shred Myself - Kyle Schmid as Skinned Henry

Rachel Nichols in Continuum - A Stitch in Time (Image Source)

Posted by Shannon at 6:52 PM No comments:

Have you heard the news? ConFaeTulations are in order for Lost Girl, which Showcase has renewed for Fourth Season!

Here at Hexed: Sisterhood of the Supernatural we have been proud fae fans of Lost Girl since it's very first episode, and have podcasted throughout all three seasons. I'm so happy to hear the show will continue with even more fae-tastic episodes in it's upcoming fourth season.

Consistently delivering stellar ratings, Lost Girl has become a cornerstone series for Showcase and a top-rated specialty drama in Canada. During its first season run, Lost Girl ranked as the number one series on the channel (A25-54) and was the number one scripted series across all specialty channels (A25-54).The sophomore season maintained a strong performance, seeing a 5% audience growth across the 2+, A18-49, and M25-54 demos over season one, and ranked the number one program on Showcase. Un’fae’zed by the competition, Lost Girl trended worldwide on Twitter the night of the season three premiere winning its 9pm timeslot for specialty dramatic programming across multiple key demos, and delivered a top 3 performance for the night. Since the season three premiere began, Lost Girl remains the number one specialty program from 9-10pm on Sundays (A25-54 and 18-49).

“Lost Girl remains an anchor series for Showcase, and with its sharp writing and palpable cast chemistry, it has amassed a fan following second-to-none,” said Barbara Williams, Senior Vice President, Content, Shaw Media. “We are delighted to bring fans another season of the series and can’t wait to see where the creative team takes the story next.”"

The third season of Lost Girl is currently airing on Showcase Sunday nights at 9pm ET / PT, with the Season 3 finale airing on April 14, 2013.

The Cast of Lost Girl (Image Source: Showcase.ca)
Posted by Shannon at 4:00 PM No comments:

Paranormal Pick of the Week: The Return of Grimm!

It has been way to long since we've seen an new episode of Grimm....before Fringe finale'd forever, before Haven finished up Season 3, before we make our Christmas lists but it's finally come back to us! And it will be nice to have something new on Fridays to enjoy with all our Wesen friends, and foes! That makes this weeks Paranormal Pick of the Week is logically:

If you are unfamiliar with this fantastic series, here is a description: "Nick Burkhardt thought he prepared himself for the realities of working as a homicide detective until he started seeing things he couldn't quite explain.

When his ailing Aunt Marie arrives, Nick's life turns upside down when she reveals they are descendants of an elite group of hunters, also known as "Grimms," who fight to keep the balance of humanity safe from the supernatural creatures of the world."

See more about Grimm at CTV and see all Hexed's posts and podcast on Grimm here.

Posted by Shannon at 7:00 AM No comments: