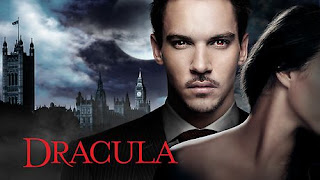 It's May which means it's now the time that we start to see the 2013-14 TV seasons as The Big 5 US stations are in announcing their schedules mode. Now, here in Canada we won't know until later on where the shows will lands on the Canadian channels but at least it gives us the go ahead on knowing which shows have gone from Pilot to Pick Up.

We are right in the midst of announcements, and has individual channel schedules for Fox and NBC, and then picks up news for The CW, ABC, and CBS.  If you are visually-inclined, check out TV Line's Slideshow for New Fall TV here.  And now, on to the pick ups!

Fox
NBC
The CW
ABC
CBS
Shows NOT going ahead: sadly, Delirium is not being picked up by Fox.


As you can see we've already had several title changes and slight modifications, which is a good reminder that these shows are still in development, and clearly information may change about them at any time! But we are keeping our eye out for them and many more shows that will pop up for next season!

You can see the ones we have our eye on from the mammoth list (Big 5 as well as Specialty Channels) and the discussion Suzie and I had on titles with a paranormal, science fiction, fantasy or superhero angle, plus a few that sounded so awesome we couldn't leave it out. A few here and there it's hard to hone in on the genre, but these are all shows that have been confirmed to have gone from pilot to pick up, and that we will be following.
Posted by Shannon at 3:16 PM